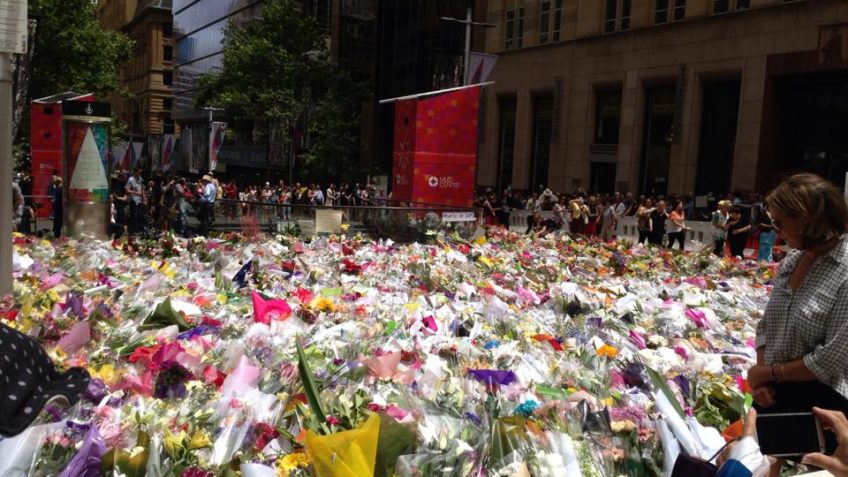 My site is all about food obviously, but today I just wanted to be thankful for what we have and that we are healthy and well.
We always do pre Christmas shopping in Sydney and we have our routine, its pretty much the same every year. We park at QVB get a Santa photo and then make our way down to Martin Pl to check out the tree and have a hot choc and a treat at Lindt cafe. We then work our way back to QBV doing shopping and do our final run in QVB getting Haigh’s Chocolate.
This year was a little different.
As usual, we headed into the city, it was Monday morning and we were running a little behind, got up too late. Anyway, as we entered George St, we we heard some sirens and didn’t think much of it. Its not unusual to hear sirens, there’s always something going on in a big city.
We parked under QVB as usual and rather than head straight down to Martin Pl we decided to hang in QVB for a bit as Ant was peckish. We went up stairs to grab a photo in front of the tree, then we headed down to Luneburger for a hot chocolate and a pretzel.
When we were down there I felt something was off, I just wasn’t sure what it was, then the Vodafone shop closed its doors and a few others were closing too. I got online to see what the go was and I couldn’t find anything. I asked my friends on FB and they said there were reports of a terrorist in the city and there were suspected bombs in 3 places including George St.
I decided there and then to head back down to the car park and get out of there. When we came up, we saw all the bus stops filling with people.
After we got home I turned on the TV and saw what was going on. They had just closed the bridge not long after we got over it.
I’m so glad I decided to get out, otherwise I could have been stuck in there with my young son. I know a few people who were stuck in their office buildings as a precaution. No one knew what that guy had in mind.
Ant wanted to know why we had left before getting our Santa photo. It is so difficult to have to try an explain terrorism to a small child 🙁

I am quite emotional thinking how that could have been us in the cafe. It was part of our plan that day and had we not slept in, we could have been bailed up with those poor people. I kept running through things in my head, how the hell would I have kept my son quiet had he been in there?

I am so sad for those who were killed. What has the world come to?

On Wednesday I was still feeling a little apprehensive, but we went back into the city and decided to do most of what we had planned for Monday. We went to Martin Pl to see the tree and we also saw the Lego tree.
There were thousands of people laying flowers and paying their respects, as did we.
Let’s hope we have peace for the rest of the year and beyond…. 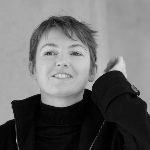